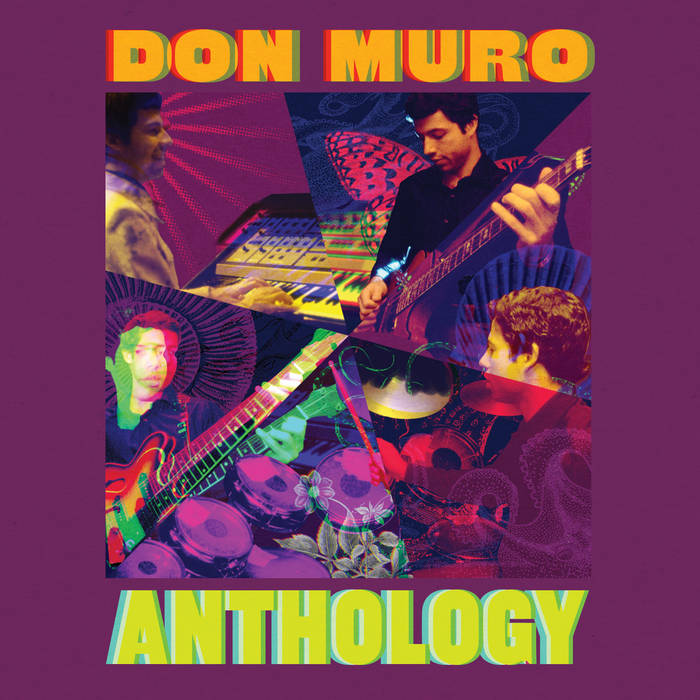 discord_inc This has some fantastic synths and great energy Favorite track: Here It Comes.

"By the time his second album Anthology was released in 1981, Don Muro had recorded enough material to fill 10 albums. His burgeoning interest in synthesizers in the late ‘60s/early ‘70s led to an outpouring of highly inventive music ranging from catchy pop to jazzy funk to minimal synth, all ultimately brought to the world for the first time on 1977’s It’s Time, where his D.I.Y. creativity reached most people’s turntables for the first time.

Anthology bears all the hallmarks of the Don Muro sound: musical restlessness, stylistic diversity, tracks that jump and pop with creative energy. The music reveals a musician at the top of his game, able to assay anything from jazz-funk fusion to ambient soundscape with equal parts skill and passion. Its tonalities and production style root the album in its era, but its adventurousness and eclecticism mark it as ahead of its time. It’s a wide-ranging journey, full of stylistic twists and turns, but fortunately your tour guide is fully in command. A musician’s musician, Muro is a technical wizard, but he never loses sight of the music’s soul. And as always, he’s D.I.Y. to the bone, doing it himself because, well, he can.

Anthology is a collection of disparate visions – it could go in any direction at any time, and it often does. In 1981, such stylistic liberalism befuddled record companies and many listeners, but in our current era, when many types of music can co-exist in one listener’s mind, we may finally be ready for Muro’s wide-ranging approach. It’s music on the verge of a new world.

If that world has only been half-realized in the almost 40 years since Anthology was recorded, the album’s achievement is certainly not diminished. If anything, it sounds fresher and more exciting than ever."