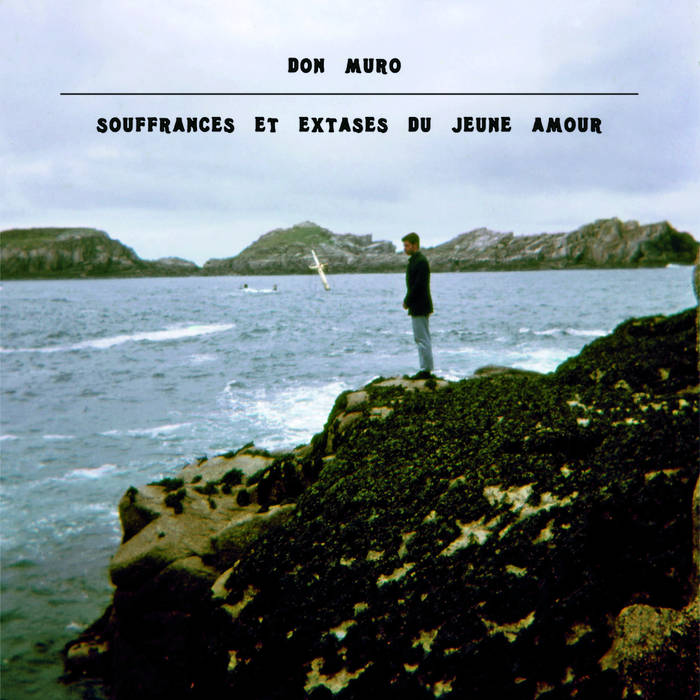 “These songs, composed and recorded between 1969 and 1974, chronicle yet another hypersensitive young man’s experiences with love. Some of the songs were recorded as demos, meant to be re-recorded in a studio with a concert grand piano. Time went by, my musical direction changed, and the tapes sat on the shelf for more than forty years until Jared Cheek expressed an interest in hearing them. Fitzgerald was correct – you can’t repeat the past. However, with an appropriate catalyst, you can shake the dust from your mind and conjure up people, places, feelings, sounds, scents and colors. And so for young lovers of all ages, here is yet another catalyst - a newly excavated map from peoples of the past, chronicling the risks and rewards, the sorrows and ecstasies of young love." - Don Muro, 2014

”It doesn't matter why this varied, bonkers collection of Don Muro's occasionally non-classifiable treats went unreleased for over 40 years. What's important is that we can enjoy them now and the future is a marvelous place to be. Imagine the deepest crate-digging Finders Keepers or B-Music could muster, then go delightfully weirder. Just when you think you have all the answers, Muro changes the questions.” - Jon Solomon (WPRB)

"Don Muro's songs feel like songs you've heard before: on a discarded Nuggets comp or a Laurel Canyon folk pop album you're sure your mother owned, something you caught late at night on an AOR rock station fading just out of signal or soundtracking a grainy public access science show. They are comforting no matter how strange they get (and they do get strange), warm, and guileless." - Jason P. Woodbury (Aquarium Drunkard)

When it comes to lost or unreleased albums, most have stories that are far more compelling than their actual musical content. But the intriguing narrative here is just how wonderful these songs are! This collection, whose title translates as "The Sufferings and Ecstasies of Young Love", is full of euphoric uppers and depressing downers that float across genres as Muro lets his young emotions flow through catchy garage rockers to smooth AM gold ballads to arena-ready prog pop anthems to the the analog synthesizer compositions for which he is best known. While comparisons could be made to anyone from The Zombies to Todd Rundgren to Carole King to Pilot to Elton John to Boston, the voice and direction throughout is distinctively Don Muro, who wrote, performed and recorded every note on the record.

When we reissued Don Muro's 1977 debut album "It's Time" in 2013, we had no idea that such remarkable songs existed from the years preceding it. It is sincerely an honor to be able to to share them with the world for the very first time. The raw emotion of a young man dealing with the elation and confusion of love combined with the diligent brilliance of a musical genius resulted in one of the most enjoyably moving albums of its time. And on November 25, 2014, it can finally be heard!