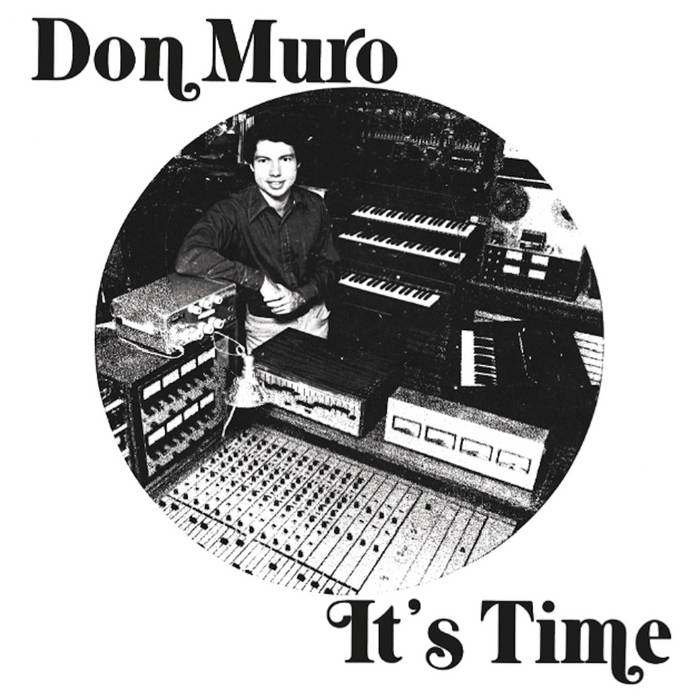 cptdavious Fantastic album! Its an obvious must for synth lovers, however there is so much more than synthesizers in this album to love. The music is so full of emotion. Its a hidden gem album! Favorite track: Island In The Sky.

"Most lost-classic reissues fit snugly into genre ghettos, but Don Muro's 1977 masterpiece It's Time defies even our precise 21st-century methods of classification. Rock, funk, synth-pop, disco, ambient, space-age: nothing suffices. It's funny, it's solemn, it's light, it's shady, it's sly, it's earnest, and it's none and all of the above. Enjoy it ironically and suddenly it gets sublime; take it seriously and soon enough it's having fun at your expense. I dare you to try to file this one away - chances are it'll keep poking its head out of your
collection, challenging you to figure it all out before it even attracts a speck of dust."
- Marc Masters (Pitchfork, The Wire)

Originally self-released in 1977, synthesizer pioneer Don Muro’s It’s Time is the singular work of one man combining his skills as a trained musician with a truly creative spirit and the somewhat unmarketable insistence that all of these different styles of music would make up his debut album. While this kind of genre hopping can often take away from an album’s coherence, “It’s Time” works as a whole because these are such well-crafted and interesting songs. At times playfully fun, at times beautifully earnest, It’s Time is consistently engaging for its
entire 42 minutes. Muro’s sincere love of what he is creating shines through whether it’s a catchy,
triumphant rock anthem, a subtly emotive instrumental synthesizer piece or an intense fusion dance jam.

“This album was released 36 years ago. Listening to it now brings fond memories of an intensely
creative period in my life. There was time to explore many styles of music, and there was time to
experiment with new instruments and equipment. No computers, no MIDI - only a room crammed with guitars, drums, keyboards, and an 8-track tape recorder. I didn’t have a specific audience for the album, hence the
variety of styles. Back then people would actually sit and listen to albums as a total experience. I started
and ended the album with aggressive synthesizer music, but in between those songs I was inviting
listeners to go for a ride. Looking back, I would say that the variety of styles is both the strongest and
weakest aspect of the album. But that’s who I was and, to a degree, who I still am. “
- Don Muro, 2013

Having spent much of his life teaching others about the latest music technology through his books, videos,
classes and seminars, Muro’s influence on electronic music is immeasurable. His demonstration compositions for the legendary Korg M1 helped to make it the world’s best selling synthesizer. The recipient of several ASCAP
composition awards, Muro’s music has been performed everywhere from New York's St. Patrick's Cathedral
(where he presented the cathedral's first synthesizer concert) to Disneyland.